Our office building is closed and our staff is working remotely. Please visit "Meet Our Staff" below to contact the appropriate agent.

Find this article at:
go.ncsu.edu/readext?617865
— Written By April Bowman and last updated by Kitrinka Gordon
The Forsyth County 4-H Livestock Team placed second in the senior skillathon contest. The team consisted of Hannah King, Lynae Bowman, Katherine Eastep, and Lakota Sockwell. Hannah was the 4th overall individual, and Lynae was eight; both will try out for the State 4-H Skillathon team that will compete in Louisville, Kentucky in November. In the Junior Division, Nate Bowman was the second high individual. He was also the fifth high junior in livestock judging.
In the quiz bowl competition, the Forsyth County Senior team played the winning team in the semi-finals which resulted in a fourth-place finish. 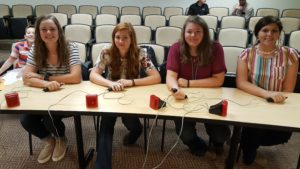 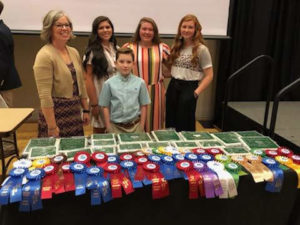