Forsyth County Center will be closed tomorrow, Mon 01/17/2022 for the holiday. Masks are required inside all county buildings and social distancing is recommended.

Find this article at:
go.ncsu.edu/readext?484582
— Written By April Bowman and last updated by Kitrinka Gordon 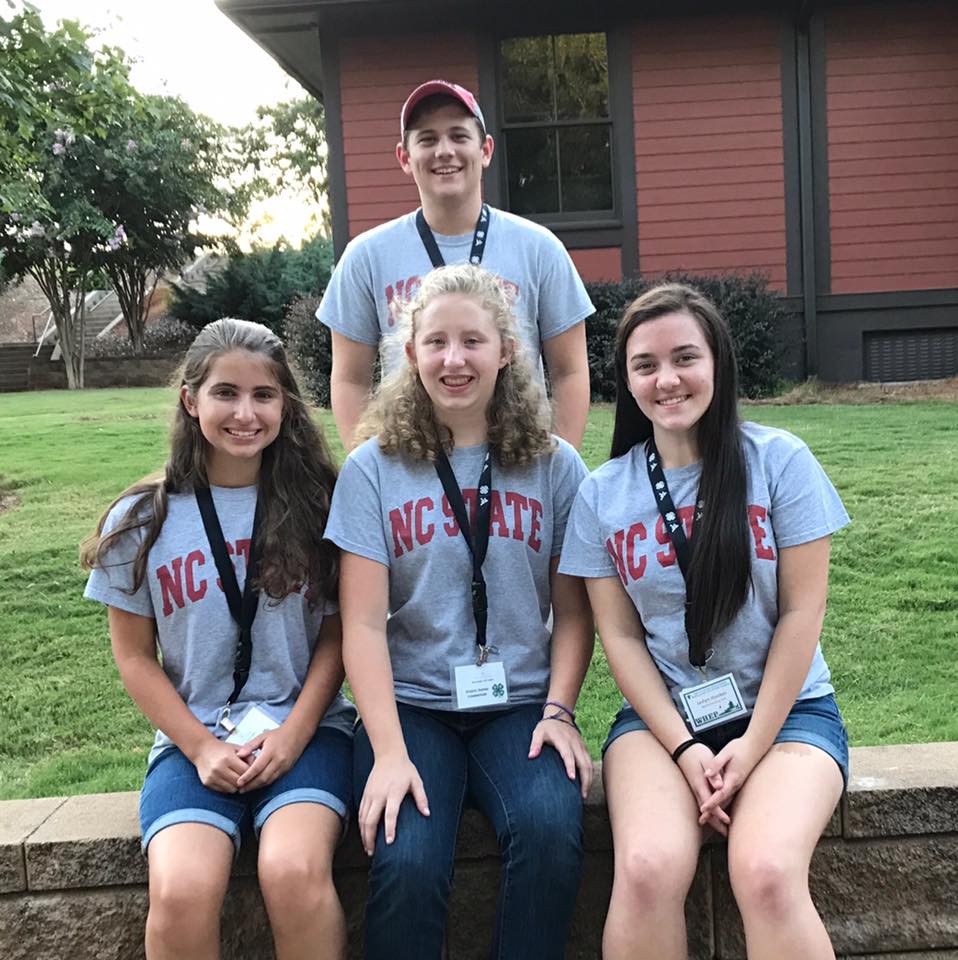 Our trip to the 2017 WHEP National Contest was an amazing experience for the four of us. From the first few minutes after we arrived at the Rock Eagle 4-H Center to our final breakfast before we left for home, we had fun while learning about ecological management, wildlife habitat, and much more.

Our first day there began with quite the excitement. We arrived, unpacked, and met all the teams for dinner in the Rock Eagle Dining Hall. Laughs were shared collectively throughout the dinner as all 15 states took time to share fun facts, and even a few performances, from the state of Minnesota. After dinner, we attended and participated in a share fair with the other states. We passed out Krispy Kreme hats, samples of Cheerwine, NC State stickers, and NC Agriculture pins. The other states gave out state pins, samples of food, root beer, stickers, and even fish hooks! After such a great evening, we were all excited to get our week started.

After a good night’s rest, Monday had arrived. We all ate breakfast together and loaded the buses to begin our educational day. After making jokes and singing songs with other states on the bus ride, we had finally arrived at our education site. To begin our day, we started by learning about wetland management. We had a fantastic, and energetic, teacher. He taught us a ton about M.A.R.S.H projects and his connection with other wildlife services. We especially liked it when he would occasionally go on tangents about his favorite species, a favorite project, or solutions to pesky problems.

Our next session was away from the water and closer inland where we met a young ranger discussing dove/deer field management.. He had set up a field of sunflowers to lure doves. He explained all that he had gone through to keep the deer out including setting up an electric fence around the perimeter. He thoroughly took us through the steps to setting up food plots, controlling pests, harvesting crops, and making smart management decisions

After meeting with the ranger, we departed for our last, and favorite, session of the day: a turkey research demonstration. At this demo, we met two young college graduates who had just finished their season of turkey research. This station provided us a hands-on experience with fascinating gear, turkey traps, data from 2017, and upcoming predictions for the wild turkey population in late 2017 and early 2018.

We finished Monday with dinner followed by team pictures and some studying.

Time flew, and before we knew it, Tuesday (the testing day) had arrived. Repeating our routine, we enjoyed our walk to the dining hall, ate breakfast, and then headed off to begin our testing. Our first portion of the testing began with a group activity. In this section, we were tasked with managing a set number of acres for a few different wildlife species. After this, we moved on to individual testing where we took on Wildlife ID, Management Practices, and Presentation challenges.

With anticipation rising, everyone gathered in the dining hall for the big announcements. And before we knew it, this year’s National WHEP winners were announced. After the closing ceremony, we all attended a camp bonfire to let off steam as we told jokes, sang songs, line-danced, ate snacks, and much more. It was an excellent end to the competition.

We didn’t hear our names called in the top three. But we are happy to say we placed fifth. Although we didn’t snatch first place in the contest, we certainly learned more than we could have imagined. A national competition is always an amazing experience. From meeting friends to learning about turkey season data, this year’s WHEP contest was truly a blast.