Our office is open 10am - 2pm daily; staff are working 2-3 days/week at the center. Please visit “Meet our Staff” to contact our staff.

Find this article at:
go.ncsu.edu/readext?418066
— Written By Kitrinka Gordon 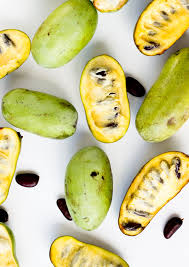 Arboretum in Clemmons. Despite the weather not being the most cooperative there were between 80 and 90 people in attendance. In fairness it did clear off around noon and the day turned out to be beautiful. Many were involved to pull this together including (at the time) horticulture agent Craig Mauney, Forsyth County Master Gardener Jim Nottke, and pawpaw grower Michael Williams from Mocksville. Many others in extension helped pull this all together. Milton Parker, a retired Extension Agent and pawpaw enthusiast came all the way from White Lake, NC.

The festival which has become an annual event has moved its locations several times since the first event. Past events have been held at the Dixie classic farmers market and Jack Warren park in Lewisville. Currently the festival is held at the Forsyth county agriculture building at 1450 Fairchild road. This is the home of the Cooperative extension service. This has proven to be the best site for various reasons. One reason is that we have an orchard of over 30 collected pawpaw varieties. Tours are given of this orchard and folks are able to see actual fruit hanging from the boughs.

The festival, which has grown significantly in attendance each year, was started to raise awareness of North America’s largest native tree fruit and as a possible commodity for farmers that might be looking for something different to add to their offerings. After all the pawpaw is not only the largest native American fruit but is also delicious and cherished by many. The flavor profile is wide and can include banana, mango, pineapple, and vanilla. The tree is also easily grown and requires no spraying, an organic farmer’s dream.

Attendance is now averaging 800 – 1000 and there have been close to 2000 in past events. The word is getting out and the interest has grown tremendously in the last several years.

Mary Jac Brennan, Forsyth County Agent, has done an outstanding job the last couple years in making sure the annual festival continues. The festival is bigger and better now than ever before. We have vendors from all over the state that bring and sell pawpaw fruit and trees as well as other edible and ornamental plants. Last year we had face painting and learning about local butterflies for the children. Author Andy Moore from Pittsburgh has been in attendance the last couple years with his book in tow. Local author Toby Bost also was in attendance with his North Carolina’s Gardeners Guide for sale, autographed, of course. There are always several speeches given by various pawpaw growers and breeders. Neal Peterson from WV has given speeches the last several years on his breeding work with pawpaw and his work in introducing them in Europe.

Of course what most enjoy about the festival most is all the free food made with pawpaw. Pawpaw ice cream is a perennial favorite and while it is available at every year there are many varied dishes that are sometimes available such as bread, cookies, smoothies, milk shakes, cake, and ham spreads to name a few.

While tours of the pawpaw orchard have been very popular another event that has proven equally so is the demonstration cooking with pawpaw featuring local chefs. This event is always packed.

We would like to thank the many Forsyth county master gardener volunteers.
If it were not for their sponsorship this event would not be possible. 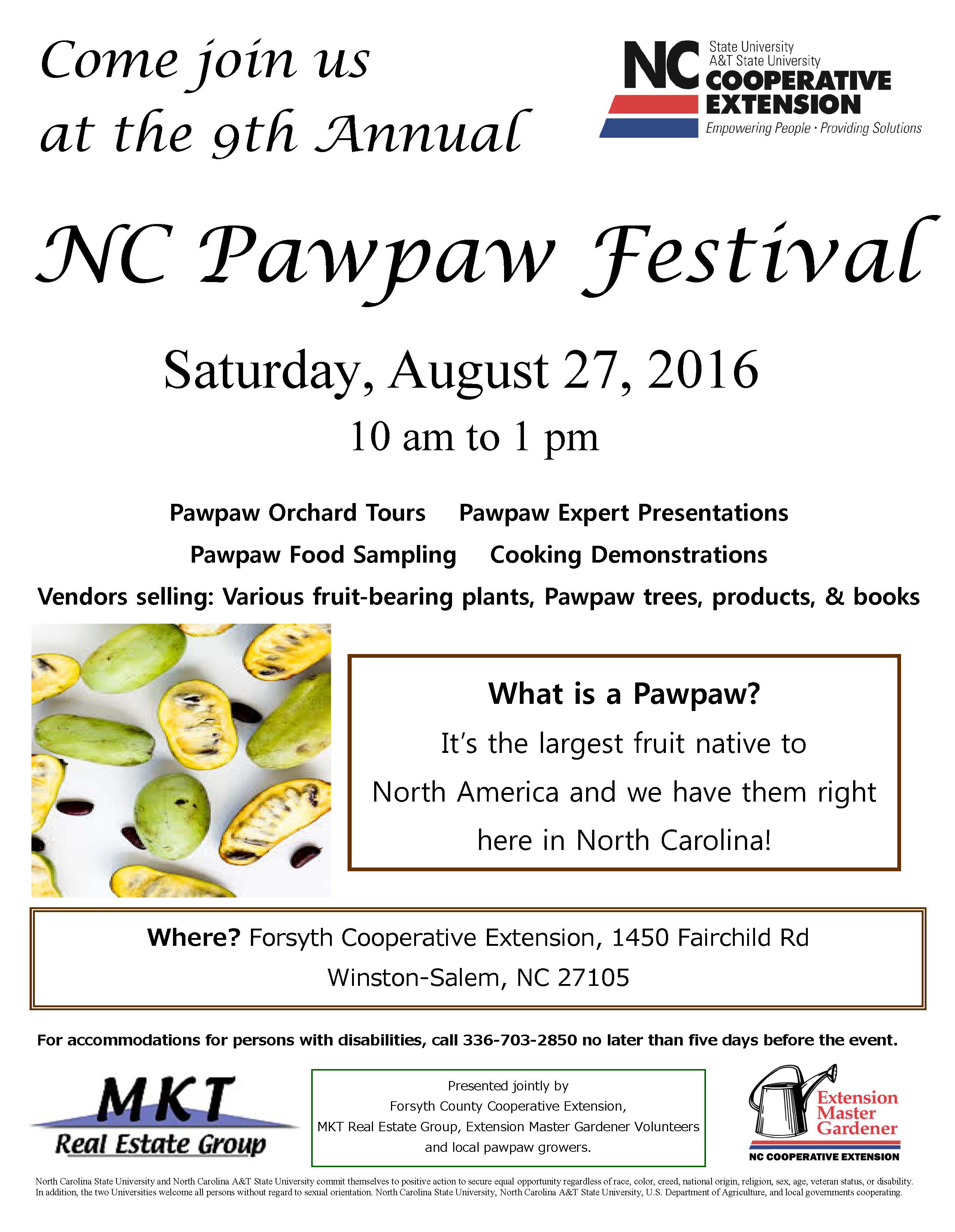